Have any questions? Get An Appointment

Depreciation is something we think of at year end and the tax filing time.  And the 2018 tax year holds some new expanded opportunities to maximize use of depreciation for income tax purposes earlier in an asset’s life.  What are these changes? To understand this, let’s take a brief look at some basic depreciation concepts. 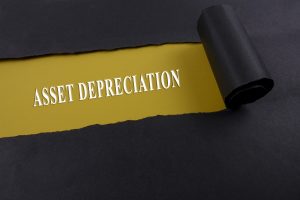 Assets purchased in 2018 are now eligible for increased amounts of accelerated tax depreciation for federal purposes.  There are two general methods accepted by the IRS. One is called Modified Accelerated Cost Recovery System with the availability of Bonus Depreciation and an other is governed by code section 179.  In addition, the IRS issues guidance on acceptable useful lives for assets depending upon what they are.  Equipment generally has a 7 year life.  Land improvements have useful lives of 15 years.  Real property has lives ranging from 27.5 years to 39 years.

Also increased for the 2018 tax year is the Section 179 limit.  This limit was previously set at $500,000 maximum use as long as new asset additions did not exceed $2,000,000 for the year.  The 2018 maximum limit is now $1,000,000 as long as new asset additions do not exceed $2,500,000.  This form of immediate expensing is available to be used on most equipment and can be utilized on an individual asset or multiple assets as determined by the company.

The next Nerd News will discuss Equipment Purchase Planning.

BUSBooks is a unique CPA accounting firm dedicated to the motorcoach industry.